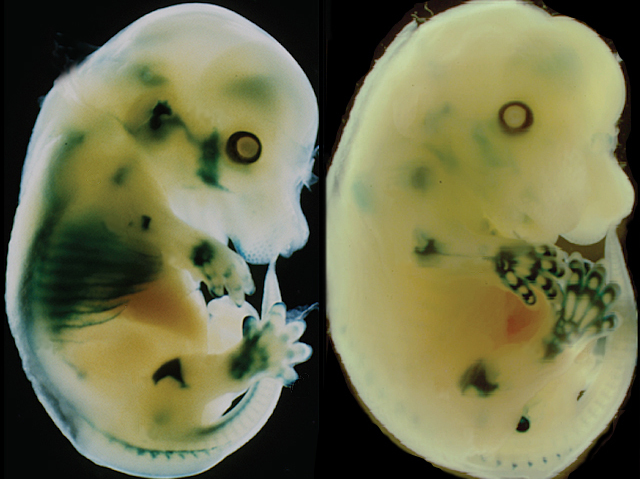 “Head, shoulders, knees and toes” as the nursery rhyme goes. These two mouse embryos have been genetically engineered to carry markers revealing the locations in the body where a gene called Growth and differentiation factor 5 (Gdf5) is switched on (highlighted in blue). It’s involved in making joints and is turned on by a number of different genetic control switches near the gene. Each of them specifically activates Gdf5 in joints in the head, spine, shoulder, elbow, wrist, hip, knee, fingers and toes. The same switches are also present near the human version of Gdf5, and are located in a region of our genome that has been linked to an increased risk of developing arthritis (joint disease) in adults. Figuring out how changes in these control switches lead to joint problems – either during development in the womb or later in life – could lead to more targeted treatments in the future.