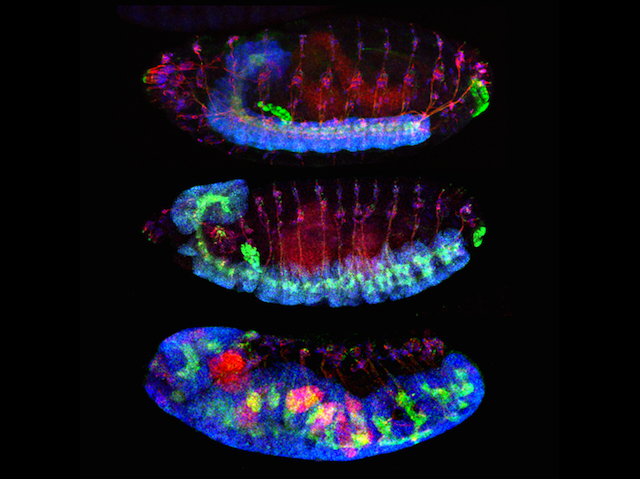 Alzheimer’s disease (AD) affects thousands of older people, causing symptoms that interfere with their daily lives. As the disease develops, proteins accumulate in the brain, forming damaging 'plaques' and 'tangles'. Certain genetic mutations are known to be associated with AD, and now, by analysing over a thousand sufferers, researchers have uncovered another culprit: a mutation in the TM2D3 gene. What’s more, by looking at fruit flies with a mutation in amx – the equivalent to human TM2D3 – clues to how this gene fault has its effect have been revealed. It interrupts the Notch signalling pathway leading to abnormal organisation of the fly’s nervous system structures (normal development pictured at the top). In humans, defective Notch signalling is known to increase the amount of plaques, contributing to a greater risk of AD. Interestingly, TM2D3 mutation is 10 times more common in people from Iceland than the rest of Europe.