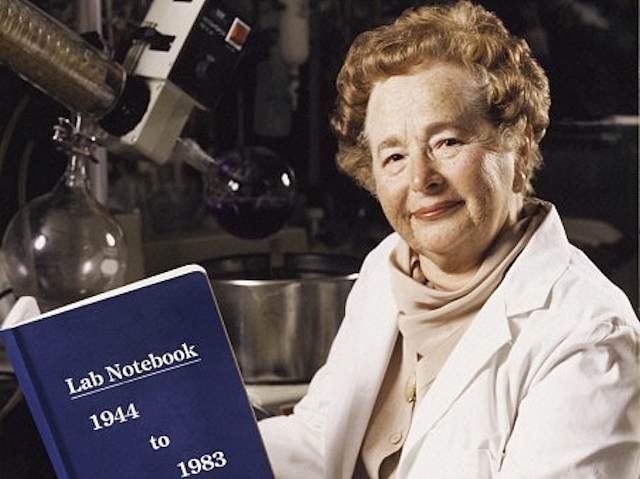 Until the 1940s, drugs were often developed through a trial-and-error approach using natural compounds. Chemist Gertrude Elion helped to pioneer a more systematic approach. She worked from the bottom up, designing and constructing new molecules for specific therapeutic goals. This allowed her to target molecules exclusively to bacteria, cancer cells and viruses, leaving healthy human cells unharmed. Elion was motivated by her grandfather’s death from stomach cancer when she was 15. She worked with researcher George Hitchings to develop the first effective drug to treat the most common type of childhood leukaemia. At the time, in the 1950s, children typically survived for just four months. Today, with treatment, around 80% survive long-term. In recognition of their work, Elion, Hitchings and collaborator James Black, were awarded the Nobel Prize in Physiology or Medicine in 1988. Elion said, “The Nobel Prize is fine, but the drugs I’ve developed are rewards in themselves.”

Gertrude Elion was born on this day in 1918