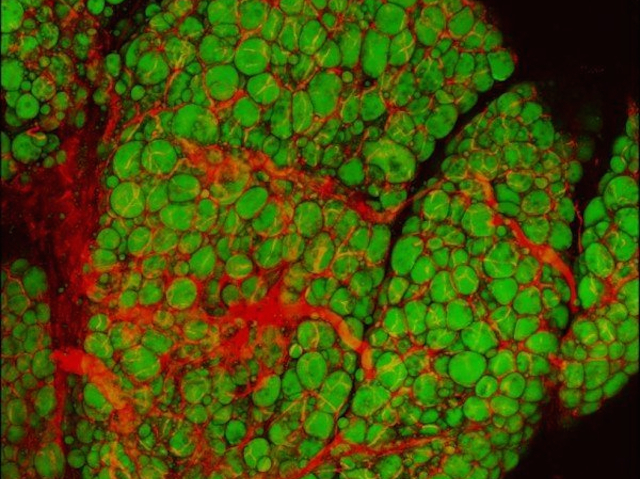 It was previously thought that brown fat (fat cells packed with energy-producing mitochondria) was only present in babies; but in 2009, researchers found small amounts in adults. Compared to white fat, which stores calories, the brown version works to burn calories and generate heat. Having too much white fat (stained green here, with blood vessels shown in red) in areas such as around the hips, belly and thighs, can result in obesity and further complications like diabetes and cardiovascular diseases. New research has uncovered a molecular pathway that activates white fat cells to become more like brown. A protein called FLCN usually works to stop this pathway progressing; however, when FLCN was deleted in a mouse model, white fat cells became more like brown fat cells. Targeting FLCN and other proteins in this pathway could materialise into an obesity treatment.