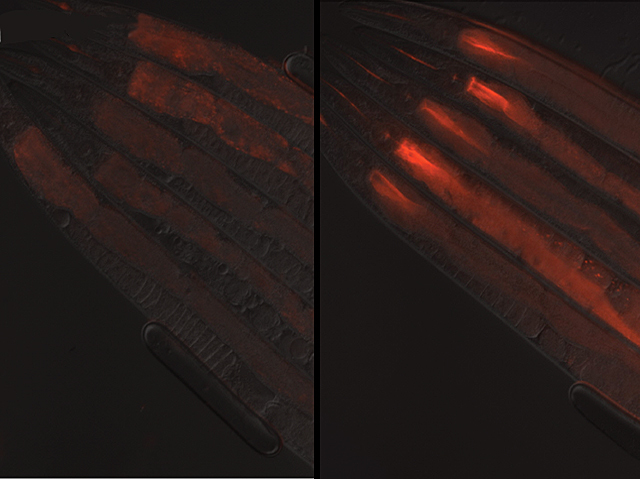 Going on a diet is a common new year resolution. As well as helping to reduce waistlines, this approach might also help to increase lifespan. Although there’s little evidence at the moment to show that major calorie restriction in humans can increase lifespan, keeping a healthy weight helps to cut the risk of heart disease and more. In some animals, including the nematode worms in these images, a drastically reduced calorie diet can significantly boost longevity. While the worms on the left have eaten a normal amount of food, the ones on the right have a genetic change that mimics the effects of a restricted diet. They’ve been treated with a fluorescent dye that highlights a process called autophagy, when cells ‘eat’ themselves. By ramping up the levels of autophagy in their guts, the dieting worms get rid of dead and damaged cells, keeping the animals alive for longer.