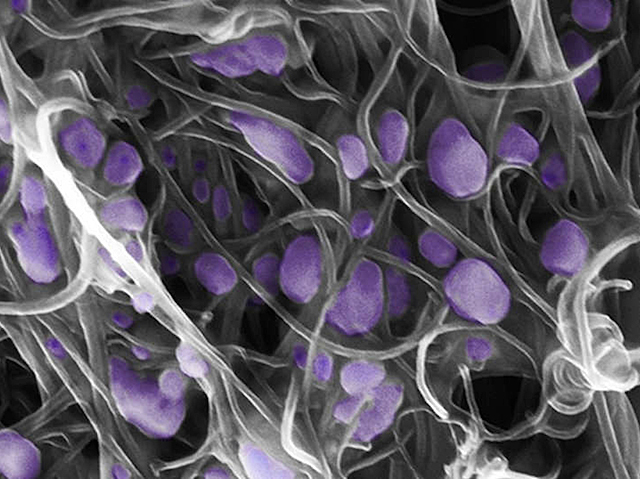 Great Victorian naturalists such as Darwin and Alfred Russel Wallace travelled around the world catching birds in delicate nets for their studies. Over a century later, scientists have created a tiny net for catching a virus that preys on these animals: bird flu. It’s created from tiny carbon nanotubes – the grey threads in this electron microscope image – stuck on a special silicon chip. Because the nanotubes can be carefully arranged in a specific pattern, the net can be adjusted to catch any virus according to its size, even if it’s only present in vanishingly small amounts. The purple blobs in this picture are particles of a type of bird flu virus known as H5N2, but the researchers have managed to catch rarer viral prey in their net. And because each chip costs just a few dollars, they hope to pave the way for a new generation of cheap, portable virus-detectors.