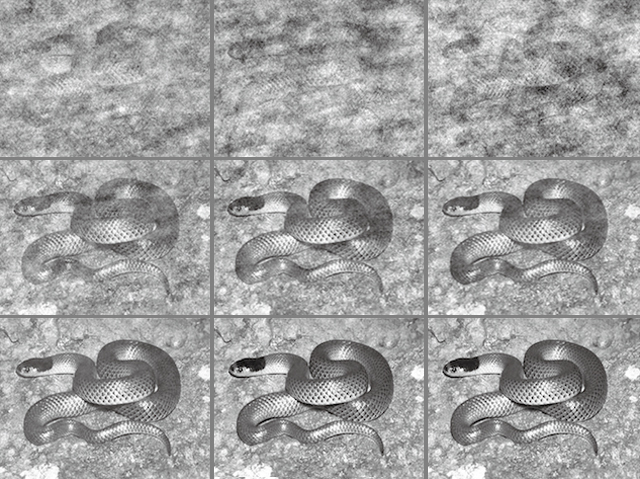 Indiana Jones has a famous fear of snakes, but he’s not alone – an estimated 1/3 of adults also suffer from ophidiophobia. As it turns out, we all have a heightened instinct to spot snakes wired into our brains. Here, a snake emerges from a form of camouflage in a series of pictures shown to human volunteers. They were able to spot snakes earlier in the sequence than similarly sneaky pictures of less threatening animals – fishes or cats. The theory goes that human alertness to snakes evolved from primates – from a time when snakes were deadly predators and only sharp-eyed snake spotters survived. This heightened alertness may provide new insights into the psychology behind the fight-or-flight response. Strangely the study also revealed a mystery – just as humans have evolved to react faster to snakes, our reaction to birds may be slower than expected, and for the moment nobody knows why.