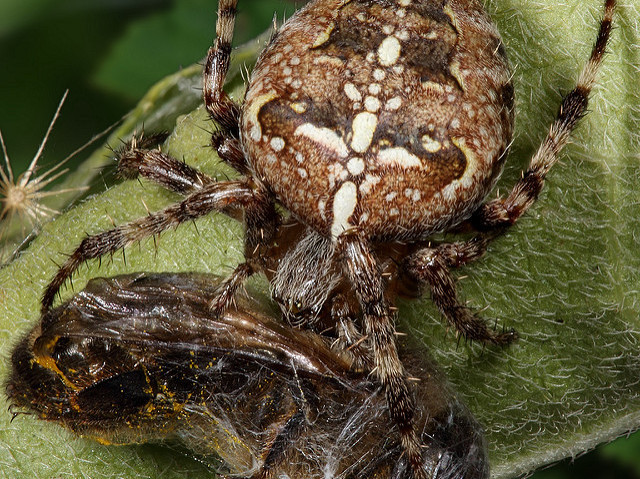 The advent of tissue engineering has brought many new therapeutic possibilities, especially for the heart. Unlike many other cell types in the human body, the cells that comprise our heart muscle, cardiomyocytes, lack the ability to self-renew after disease, for example after a heart attack. Now scientists have shown that a genetically-engineered version of a protein ADF4(κ16) from the silk of the garden spider (Araneus diademetus, pictured with its silk-wrapped prey), is a promising scaffolding material for damaged cardiac tissue. When a film of the silk protein was applied to a glass slide, its positive charge caused negatively-charged rat cardiomyocytes to attach. Not only that, the heart muscle cells behaved normally, expressing other proteins known to play a role in contractile ability and cell-cell communication. Given its unique mechanical strength and stability, this protein could now be explored in different forms such as fibres, capsules and hydrogels.