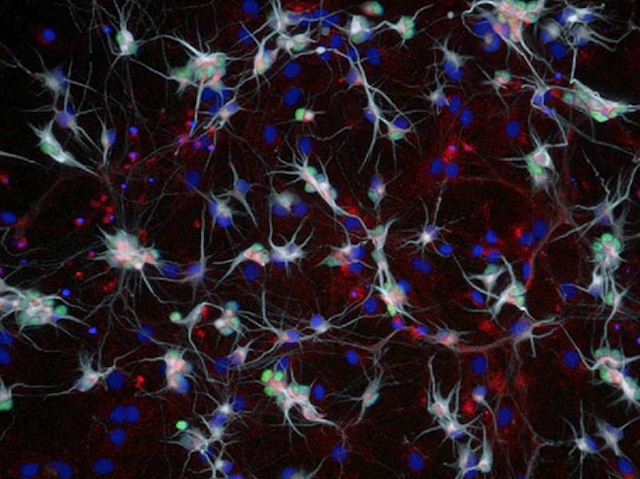 To defeat a deadly disease, researchers attack from all angles. Spinal muscular atrophy (SMA) disables young patients’ motor neurons – the cells that link your brain and muscles. With these hindered, basic movement and even breathing can become impossible. Many past prevention tactics have focussed on the dysfunctional gene that causes SMA, but a new angle might prove more fruitful: Researchers found that neurons that can produce more of the appropriately-named ‘survival motor neuron’ protein (SMN, in red) can survive longer. SMN is regularly produced and dismantled, so to boost its efficacy the researchers blocked the proteins that normally break it down, allowing it to linger longer. This maximised SMN’s presence even where its production was limited, like sealing a plug to fill a sink from a slowly dripping tap. And because Lou Gehriig’s disease takes hold in a similar way to SMA, this discovery could pack double the punch.