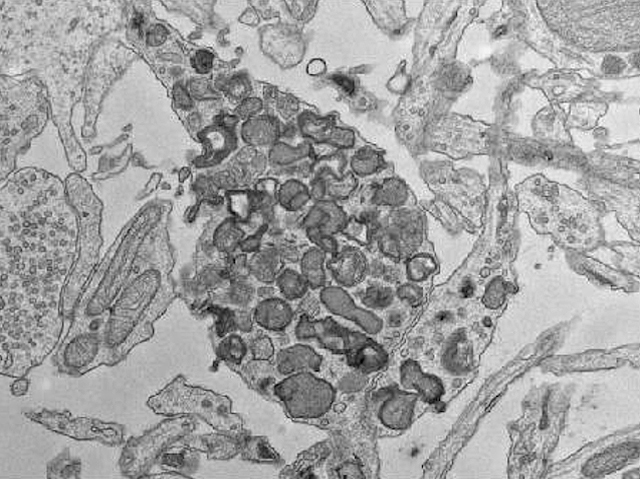 Over half a million people in the UK suffer from Alzheimer’s – a progressive disease that causes symptoms that profoundly affect the patient’s daily life. As Alzheimer’s advances, structures called plaques [clusters of proteins] build up between nerve cells. Within nerve cells – which have a ‘body’ and a projection, the axon – vesicles called lysosomes work as ‘refuse collectors’, moving through the cell body, breaking down old and damaged parts. In Alzheimer’s, these lysosomes can get stuck and accumulate within the axon, unable to carry out their work in the cell body, and are associated with the formation of plaques. Delving deeper, researchers found that loss of or a fault in a molecule in nerve cells called JIP3 also led to a build up of lysosomes, swelling cells (pictured), and contributing to larger plaques. This finding supports the idea that both genetic and environmental factors contribute to disease progression.