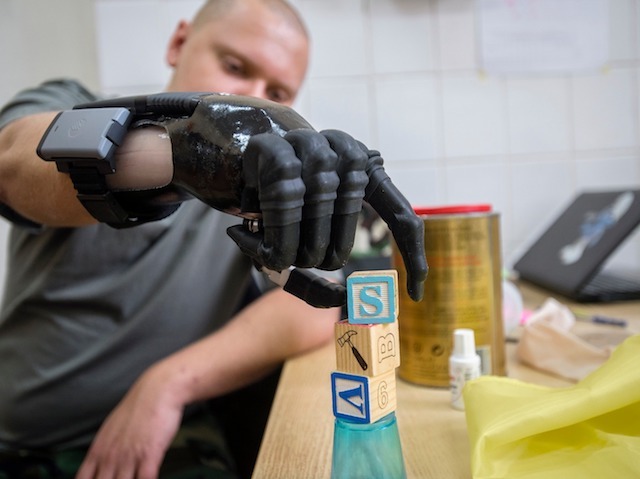 This man is a Ukrainian soldier, who lost a hand in combat while throwing an enemy hand grenade out of an armoured vehicle, saving the lives of six of his colleagues. Medics from Canada have been working together with Ukrainian prosthetics specialists to fit replacement hands, feet and other limbs to men and women – both military and civilian – who need them. They’re also bringing trained physiotherapists to help get people back on their feet. Prosthetic hands like this one are becoming ever more sophisticated, and can be controlled using muscle signals coming from what remains of the user’s limb. Certain muscle movements can be programmed to produce different movements, and more triggers can be programmed in as the user gets better with practice. In the future we can expect to see even more advanced multifunctional prosthetics, as researchers work out how to fuse electronic machines with human nerves and muscles.