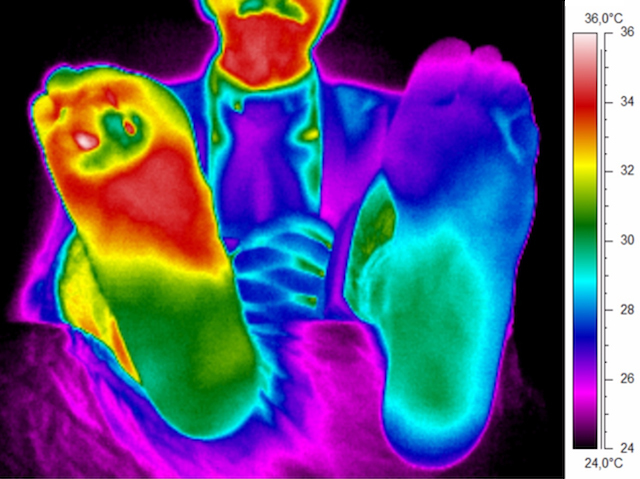 Around one in ten people with diabetes will develop a foot ulcer and up to a quarter of those will get so severe that they eventually require amputation. Ulcers are broken or damaged patches of skin that don’t heal properly and become infected. They happen because diabetes can affect the nerves in the feet, so the skin doesn’t heal properly and pain signals don’t reach the brain. As a result, even simple damage like a small cut or bruise can develop into a serious ulcer. Spotting a developing ulcer before it gets bad and treating it quickly is the key to reducing suffering and amputations, but it’s hard to spot potential problems lurking under the skin. Thermal cameras capture temperature information about the feet, like the image shown here, revealing red ‘hotspots’ where an ulcer is likely to develop and highlighting the need for swift treatment before it gets worse.