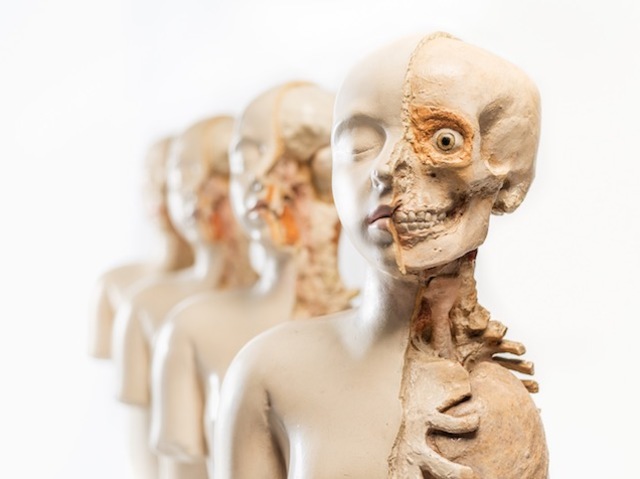 They might not be the first thing you imagine when you hear the word ‘model’, but these plaster people are anatomical models designed to teach medical students about the inner workings of the human body. Since the 17th century, anatomists have relied on models made from materials as diverse as wax, silk, ivory, papier-maché and wood, as well as plaster. This set was created more than a century ago by the German sculptor Franz Josef Steger, working in collaboration with the Swiss embryologist Professor Wilhelm His. Together, they developed a new method for making their models by freezing body parts before dissecting and casting them, which created more realistic and ‘natural’ arrangements of organs and muscles. Their models were mass-produced from the 1880s until the 1930s and became popular as an alternative to real human corpses, which were (unsurprisingly) hard to come by and fuelled a grim trade in grave-robbing.