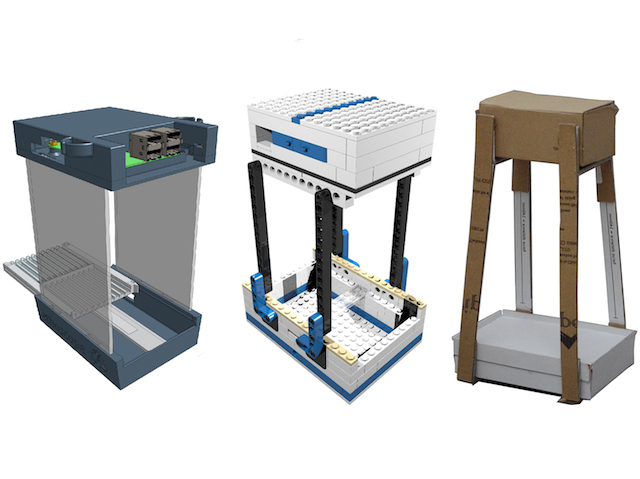 Doing neuroscience research doesn’t have to involve lots of flashy expensive machines – all it takes is a few cheap bits of kit and a little imagination. The machine on the left is an ethoscope, which is used to study the behaviour of tiny fruit flies or other animals. The flies enter an ‘arena’ at the bottom of the device and are automatically tracked by a computerised video camera embedded in the top. To make this technology available to scientists on any budget, researchers have developed open-source instructions to make an ethoscope using 3D printing, a cheap video camera and a simple Raspberry Pi computer. For those on a tight budget, such as school labs, there are even instructions for LEGO and cardboard versions. By comparing animals that have been genetically modified or treated in different ways, any budding neuroscientist can start to unpick the complex interplay between genes and behaviour.