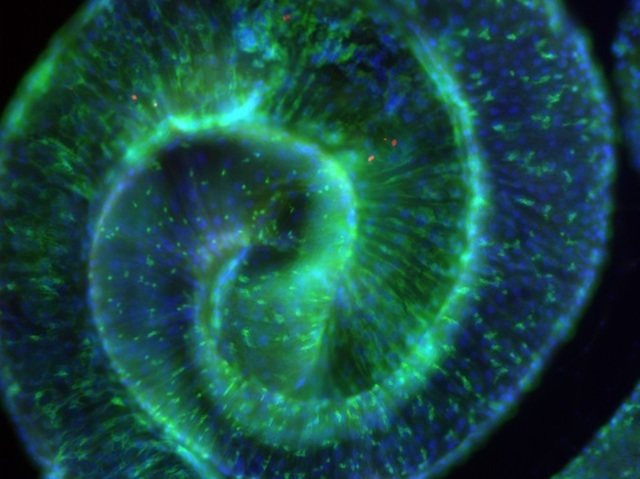 Your gut is full of bacteria. Most of the time they’re ‘good’, helping to keep ‘bad’ bugs in check and maintain good health and digestion. By studying fruit fly guts – like the one in this image – scientists are investigating how a molecule produced by ‘bad’ bacteria called Helicobacter pylori can upset this careful bacterial balance. Rather than infecting the flies with Helicobacter pylori, the researchers genetically engineered the insects to make the molecule, known as CagA. Intriguingly, CagA causes gut cells to start growing out of control, triggers a response from the immune system, and messes up the balance of bacteria in the gut. Helicobacter pylori infection is linked to stomach cancer and other illnesses, but the exact way it causes disease isn’t known. If the same thing is happening in human guts as in these fruit flies, these results might explain what’s going on when the bad bacteria invade.