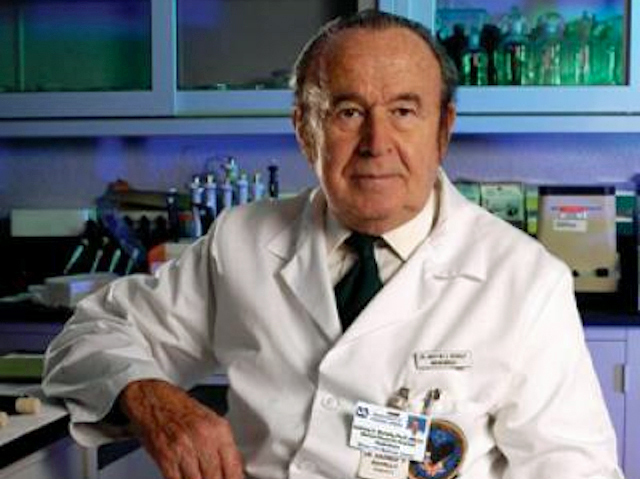 Born on this day in 1926, biochemist Andrew Schally was twelve years old when World War II began. He survived the Holocaust while living among the Jewish-Polish community in Romania. After the war, he moved through Europe before settling in the United Kingdom. Once here, he studied chemistry and fell in love with football, trialling for English and Scottish teams as an inside forward. When choosing to focus on medical research, he could not have predicted that it would ultimately lead him to a share of the Nobel Prize for Physiology or Medicine, in 1977. His work has focused on how the brain controls the body’s chemistry through the production and regulation of hormones. These hormones are produced by a structure in the middle base of the brain, called the hypothalamus. This helps to control body temperature, thirst and hunger, plus plays a role in sleep and emotional activity.