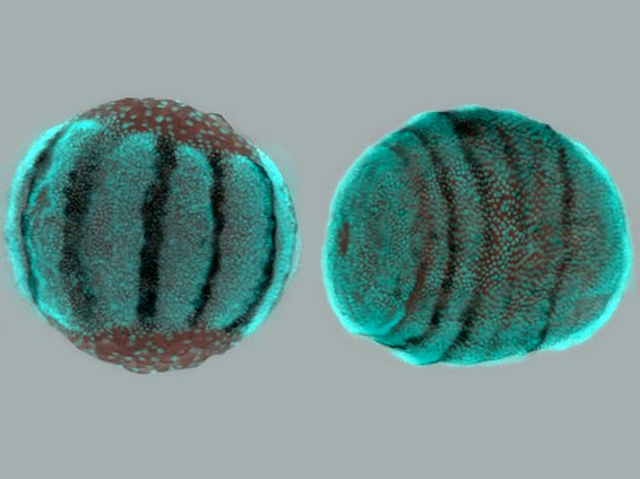 Which way is up? It’s hard to tell when you’re a ball of cells forming an embryo. To turn into an organism with a clear top, bottom, front, and back, embryos generate special clusters of cells called organisers. These organisers can move around and tell the other cells which end is which. Researchers now investigate how these organisers get organised themselves, using the slightly unusual model organism, the spider. They discovered a gene called Ets4 marks the spot where the spider’s organiser forms and that Ets4 goes on to activate other organiser genes. Disrupting Ets4 meant the organiser didn’t last as long or move about properly. The result: embryos that couldn’t tell their fronts from their backs, revealed as altered patterns of cells in embryos with disturbed Ets4 (right) compared with normal embryos (left). So when it comes to getting organised, Ets4 is definitely pulling some of the strings.