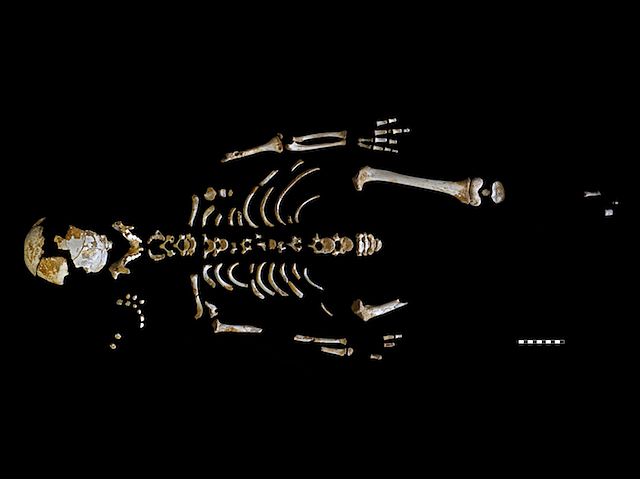 For 49,000 years, the skeleton of a seven-year-old boy lay buried in a cave in northwest Spain. Its discovery is re-writing what we know about our ancestor’s close cousins, the Neanderthals. This now extinct species of human were thought to be brutish and primitive, with brains that developed quickly and were unsophisticated. But the new findings turn this theory on its head. It’s the first time that scientists have studied a relatively complete skeleton of a Neanderthal child at a key point in development. Analysis of his bones skull shows that his brain was still developing at an age when the brains of modern human children are fully formed. This suggests that Neanderthals were more intelligent than had been thought. It adds to a growing body of research showing similarities between the two species and could help scientists to better understand the evolution and function of our own brains.