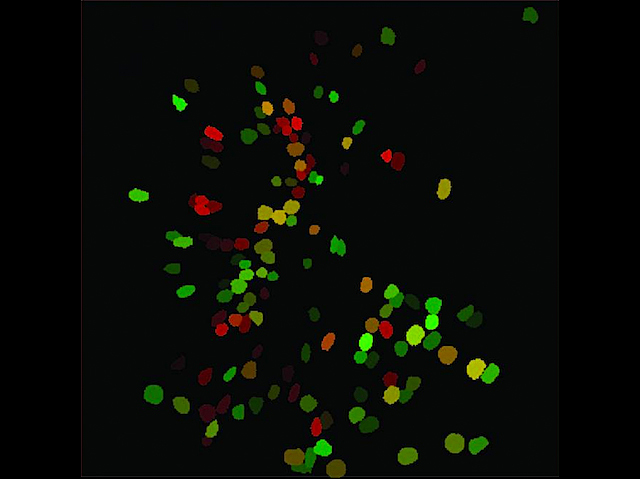 Despite significant advances in our understanding, the workings of the brain remain mysterious. To peer inside this black box, a team of researchers recently carried out an extraordinary experiment: using genetic tools, they engineered the neurons of live mice to fluoresce in different colours when active, then implanted tiny microscopes onto their heads. This allowed them to watch the brain work while the mice socialised with each other. Shown here are activity patterns in the medial amygdala, an area of the brain involved in memory and emotion: the cells in green became active when the subject encountered a male mouse, while others responded to the presence of females (in red) or both sexes (in yellow). Monitoring the brain activity of these mice over several months showed that social interactions, such as mating, can change the way the brain responds, shining a new light on the neural basis of social behaviour.