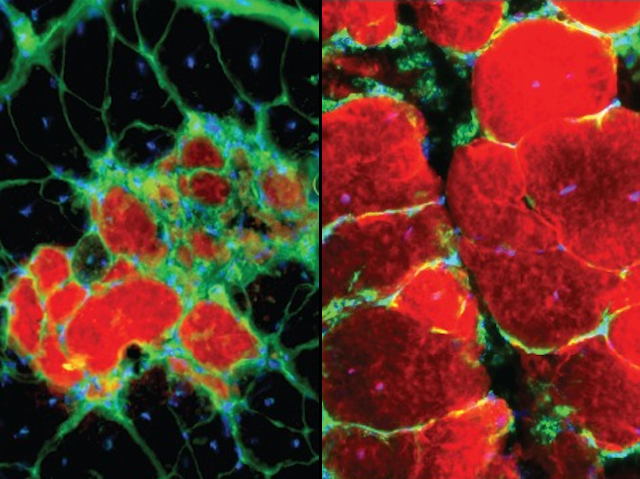 Muscular dystrophy is an incurable fatal disease that causes gradual but irreversible wasting of the muscles in the body. Patients lose the ability to move, eat, speak and eventually breathe. Scientists have discovered several hereditary gene faults that are linked to different types of muscular dystrophy, but the disease progresses in a slightly different way and speed in each person, even if they have the same underlying major gene change. This suggests that other genetic variations also influence the condition. To hunt for these subtle alterations, researchers are studying these muscle cells from mice with a version of muscular dystrophy: the cells on the right have been injected with a damaging chemical, while those on the left are untreated. By screening for genetic variations that affect the cells’ response to injury, scientists hope to find genes that can alter the trajectory of the disease and point them towards potential therapies.