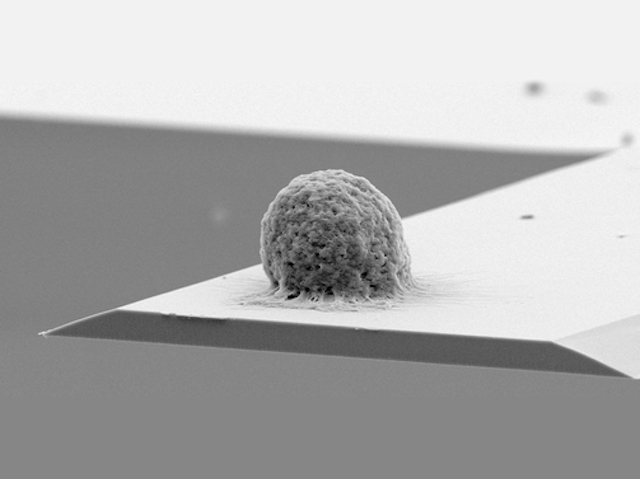 A structure used in the building of canyon-spanning bridges has been transformed by a collaboration of physicists and biologists into a tiny set of scales that can weigh individual cells. These scales are incredibly precise, detecting weight changes that are one trillion times smaller than a rivet. A cell is balanced near the edge of a long beam, called a cantilever, which is anchored at the opposite end. This device allows the moment-to-moment changes in a cell’s weight to be tracked in minute detail. It could help understand how a cell’s internal physiology changes during diseases such as cancer or in response to drug treatments. To test it out, the team weighed a cell before and after infection with a virus. At first, the scales detected cell growth and a gradual increase in mass. But after infection this growth was halted as the virus began to hijack the cell’s resources.