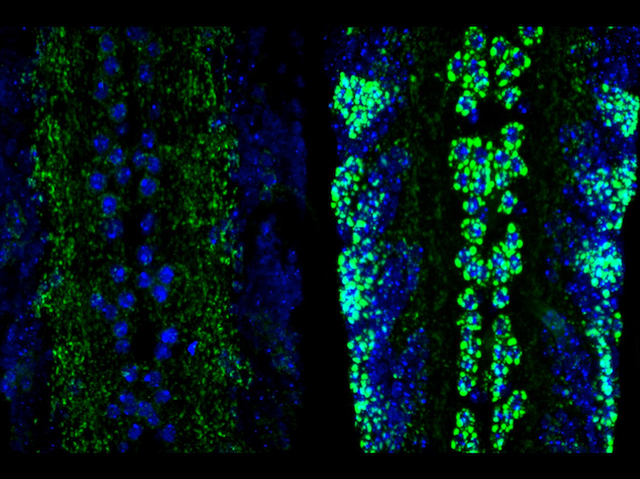 To get things done our cells need to work together and communicate. Neurons, which fire messages around the body, interact via packages exchanged at interfaces called synapses. When this goes wrong, serious illnesses such as hereditary spastic paraplegia and Alzheimer’s can result. Researchers looking at damaged (left) and healthy (right) fruit fry nerve cords (surprisingly similar to our own spinal cord) may have found a way to reopen these lines of communication when they break down. Synapses rely on molecules made some distance away in the neuron’s centre, which are ferried over by molecular motors. When these motors break, molecules accumulate in the wrong place. To prevent this, a mechanism to stop molecule production kicks in whenever the motors fail, but that has knock-on effects on synapses. It turns out, blocking this defence mechanism restores some crucial synapse activity, which could be good news for patients around the world.