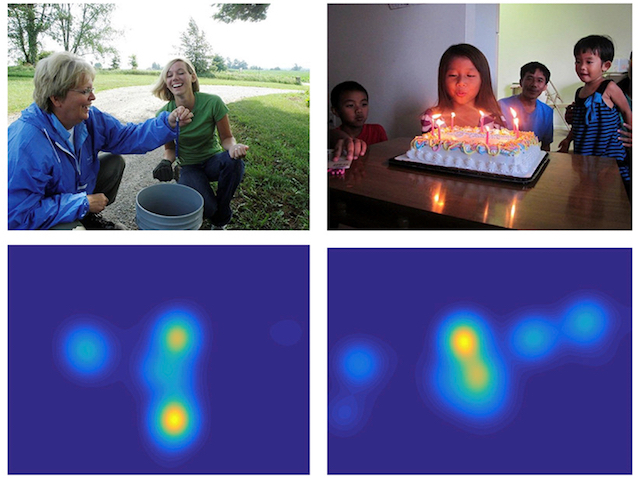 What are you looking at? The chances are scientists already know. In a recent study, cameras watched the eye movements of 466 children as they looked at series of pictures (top row). The corresponding blue images show where their gazes linger – on faces and interesting objects like the birthday cake. But the children in the study had something else in common, they were twins. Although the overall gazing 'maps' were similar between all the children, pairs of identical twins scanned across the interesting areas in different ways. In fact, a twin’s gazing pattern – the sequence in which their eyes darted around the pictures – can often be used like a fingerprint to identify their sibling. This suggests that our genetic makeup plays a role in where we put our attention, and from an early age affects how we interact with new and changing environments.