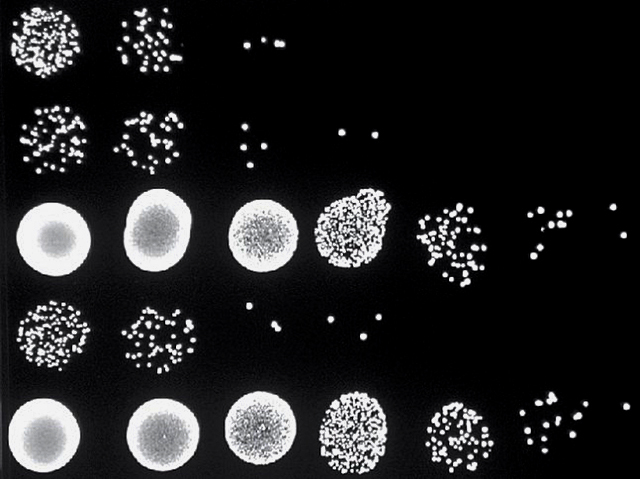 Our body is a battlefield. Millions of bacteria, both helpful and harmful, gather inside us and ruthlessly compete for space and resources. Some warriors come to the fight armed with molecular weapons. Pseudomonas aeruginosa, a bacteria which can cause pneumonia and sepsis, creates toxins then catapults them like poison arrows into neighbouring enemies, such as those pictured trying to survive after this lethal injection. They even have different types of catapults for different scenarios. Understanding how these weapons fire may let us block them to prevent unwanted attacks, or turn their power against other dangerous intruders. In a new study, researchers discovered that two key factors called RsmA and AmrZ oversee the firing of all of P. aeruginosa’s defences. With these triggers identified we’re one step closer to a new weapon in our own arsenal for the war against bacteria at a time when alternatives to antibiotics are sorely needed.