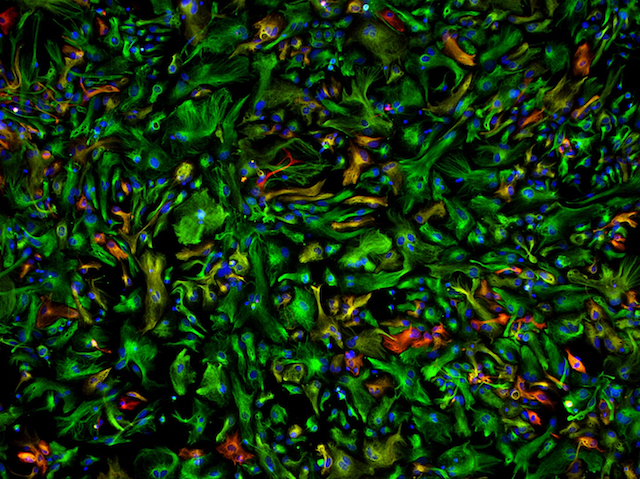 This swirling galaxy is made up of astrocytes – star-shaped cells found in the brain. For a long time they were thought to be little more than biological glue, holding together the apparently far more interesting and important neurons. But scientists are discovering that there’s much more to these unassuming cells than a mere supporting role. As well as providing essential physical support for structures in the brain, astrocytes are responsible for controlling patterns of blood flow in the brain and providing vital nutrients to nerve cells. They also act as cellular ‘gardeners’, snipping away unwanted connections (synapses) between neurons and making sure they’re wired up correctly, and play a far more important role in thinking and cognition than previously believed. While most research into neurodegenerative diseases such as dementia have focused on neurons, it’s becoming clear that these overlooked astrocytes also play an important role in maintaining a healthy brain.