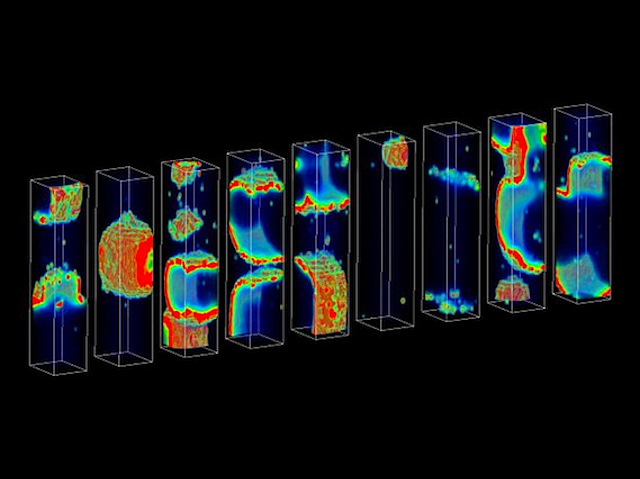 Arrhythmias or irregular heartbeats can be fairly harmless, yet some rare types can lead to sudden cardiac death. Predicting which arrhythmias are fatal may be easier now, thanks to this computer model. Each of the nine columns represents a single cardiomyocyte – cells which conduct electrical signals across the heart using waves of calcium ions. Thousands of waves fire at the same time to contract the heart muscle, but waves happening out-of-sync can cause arrhythmias. Alarmingly, although these virtual cells were identical at the start of the simulation, their calcium waves (the patterns ranging from blue to red in each cell) have developed differently. This randomness, or stochasticity, helps to explain why it’s often difficult to predict problems from routine tests at a specific point in time. This model can simulate years – decades – of beats, revealing patterns that may suggest ways to intervene before the arrhythmia starts.