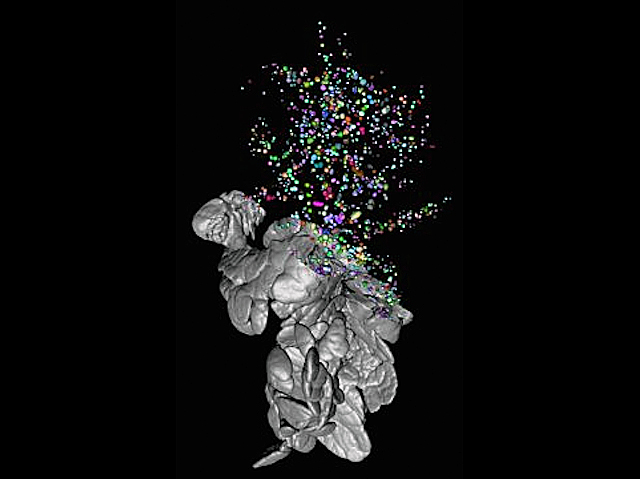 Over 400 million people worldwide suffer from diabetes – a number that’s set to increase as the years go on. Diabetes occurs when the body stops responding effectively to insulin – a hormone that’s integral to regulating sugar levels in our blood. Insulin is produced in the Islets of Langerhans cells, which are present in huge numbers in the pancreas. To gain further insight into how the pancreas works as a whole, researchers created datasets by virtually colour-coding individual islets within a mouse pancreas, which has helped to map out the exact distribution and volume of the islets. The result is a detailed anatomical model showcasing the distribution of the Islets of Langerhans within the pancreas, which could play an integral role in future diabetes studies. This rendered image demonstrates the pancreas of a healthy mouse with the position of individual islets (coloured spheres), as they would appear inside the organ (grey).