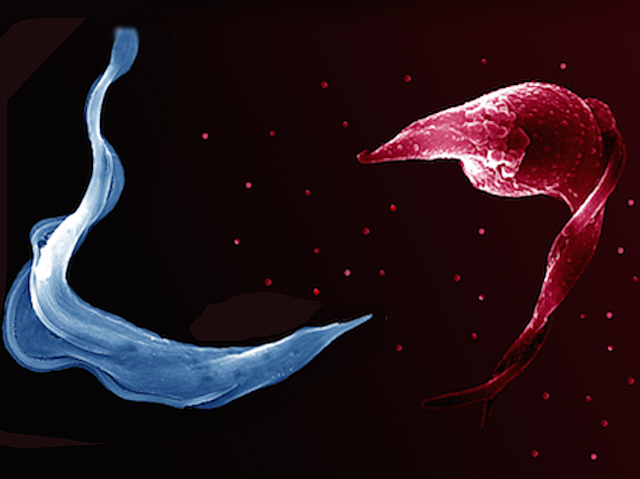 It’s the biting bug that tends to get the blame for most insect-borne diseases like Chagas’ disease and African sleeping sickness. But the real culprits are troublemakers called trypanosomes. These parasites slink between insect and mammal, leaving a trail of destruction in their wake. Their successful invasion of different hosts relies on their ability to evade the insect and mammal immune systems. New research has found that one way they do that is by sending out panic signals when they find themselves in trouble. These aren’t cries for help, but last-resort warnings to other parasites. The signals are in the form of exosomes, small packages containing molecules that stimulate nearby parasites to flee the immediate area, shown here being sent from a damaged trypanosome (red) to a healthy one (blue). Deciphering enemy codes like these could be key to developing new treatments in the war on insect-borne diseases.