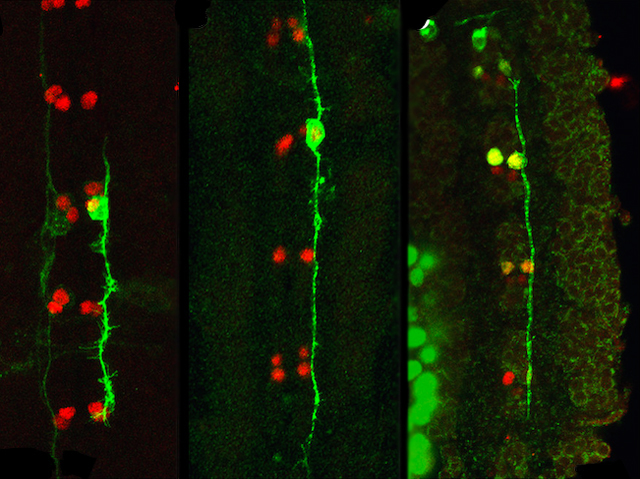 These stringy fruit fly nerve cells (neurons) develop similarly to our own. This isn’t so surprising as we have around 70% of our genes in common with the fly. It makes them a lucrative place for scientists to hunt for clues to human brain disorders. The neuron in the middle, coloured with green fluorescence and containing red nuclei, is from a fly born without a gene called B52. It’s overgrown compared to a normal cell (left) or one with added B52 (right). As well as helping fly neurons to grow properly, B52 is vital to producing just the right amount of an important chemical called acetylcholine. In humans, faulty levels of acetylcholine have been linked to bipolar disorder. As similar genes to B52 are involved in controlling human acetylcholine, future fly studies may reveal hidden subtleties in the process, and guide the design of therapies.