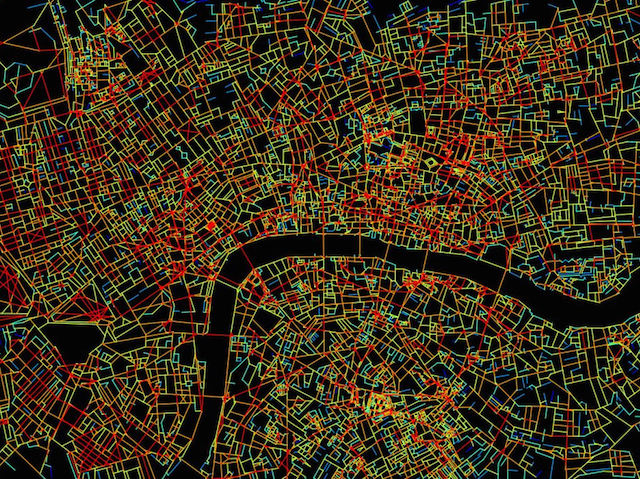 Most London taxi cab drivers don’t need satnavs. Instead they rely on 'The Knowledge' – a sharp memory of shortcuts, back streets and hidden connections in the city. This map of central London is coloured by connectivity – red streets have many connections, while the blue ones are dead ends. When volunteers (not cabbies) were asked to navigate a simulation of the city, different parts of their brains lit up under MRI scanners. More complex junctions produced a greater the amount of activity, and stress, on the brain. Other experiments show that activity in the hippocampus, which helps to record memories, is switched off whenever a satnav is switched on, suggesting the technology may prevent people learning their way around. Researchers are hoping that future cities and buildings could be built with the brain in mind, such as hospitals that are easier for patients with dementia to find their way around.