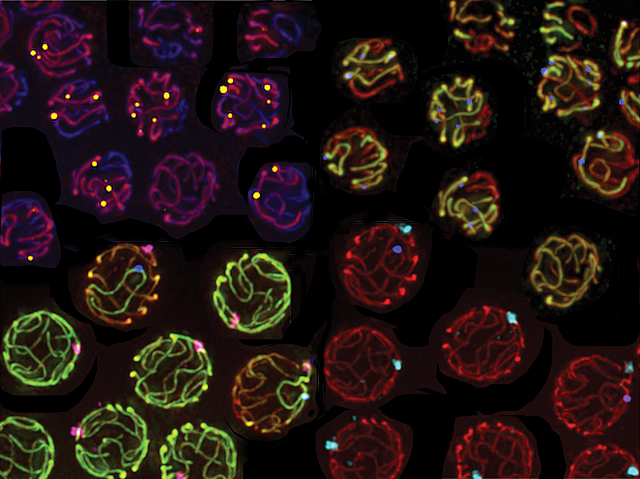 Are these glowing spheres neon lights? Or maybe they’re marbles? In fact, they’re images of DNA in the cells of tiny C. elegans nematode worms, caught in the act of becoming eggs or sperm (a process known as meiosis). The long strands are condensed strings of DNA known as chromosomes. One of the most important parts of meiosis is called crossing over, where chromosomes pair up and swap sections of DNA. This mix-and-match method is a powerful driver for evolution, creating diversity in the next generation and producing genetically unique individuals that may (or may not) be better suited to their environment. As chromosomes pair up, they form a special bond called the synaptonemal complex. Figuring out how this complex works in worms – and what happens when it goes wrong – could also shed light on the same process during the formation of eggs and sperm in other animals, including humans.