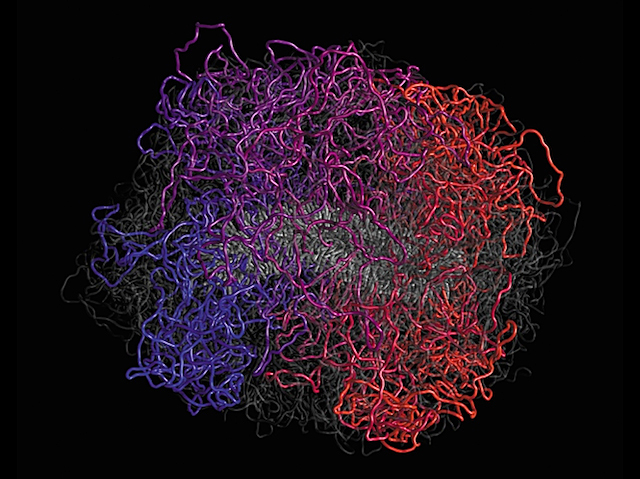 Our bodies are made up of around 37 trillion cells. Packed into the centre of most, in a structure called the nucleus, are strands of DNA stretching nearly two metres long. But the nucleus is less than one hundredth of a millimetre wide. To fit inside, the DNA coils into loops. However, it’s not known exactly how this happens. One suggestion is that DNA strands are like pieces of string with knots along them. This string is pulled through a ring of proteins, called cohesin, until it reaches a knot large enough to block the ring. These knots are formed by another protein and help to control loop size. The loops bring together genes on different parts of the strand, and this helps to coordinate the activity of genes. It’s important to understand how this happens to help work out why it sometimes goes wrong and leads to disease.