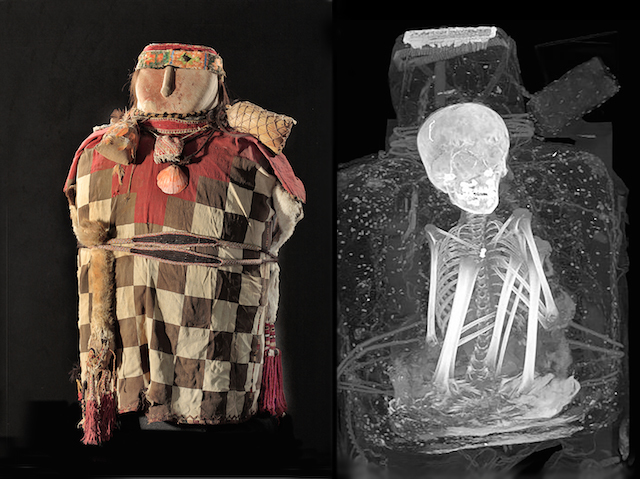 This doll-like bundle contains a dark secret: the mummy of a young Incan boy from South America, less than ten years old when he died and buried within the past 500 years. A team of archaeologists have managed to peek inside his carefully-layered wrappings using CT-scanning, usually used to see inside the bodies of living humans rather than the dead. This revealed the boy had a number of serious health issues including neurofibromatosis type 1, which affects the bones and soft tissues. He also had signs of the parasitic infection Chagas disease and a lung infection that looked like it might have been tuberculosis. But illness wasn’t the cause of his death, as the scientists found signs of a possible grisly end from violent stabbing. Whether it was through war, murder, accident or human sacrifice, it’s likely that this was the final blow that sadly killed an already sick child.