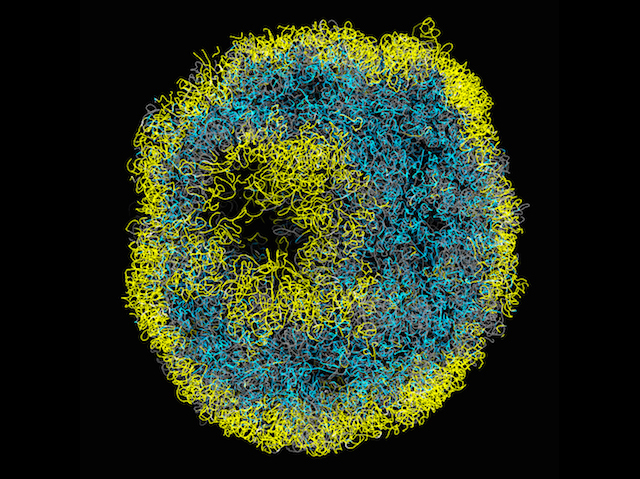 DNA is often pictured as a string of nucleotides tightly wound up into recognisable chromosomes, yet it only adopts this compact formation when a cell divides. The rest of the time, genomes are much more dynamic and inscrutable. In a landmark study, researchers have captured the complex 3D structure of an entire mammal genome, inside a mouse embryonic stem cell (pictured). Their pioneering technique, which involves sequencing small fragments of a fixed genome to determine which segments lie close to each other, will yield a wealth of insights into how genome organisation affects cellular function. Painstakingly reconstructing the genomes of multiple cells revealed consistent features, including the position of inactive DNA (in yellow) and active DNA, from which genes are being transcribed (in blue). Conversely, there was also unexpected variation in genome structure between individual cells, even of the same type, which may underpin variable responses to diseases and treatments.