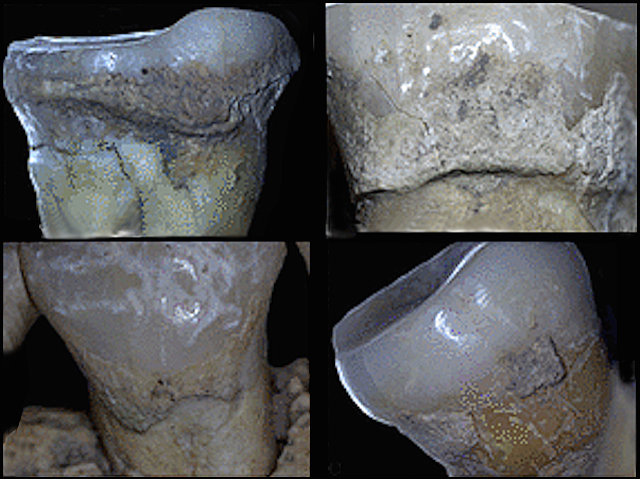 The history of humans in Europe is closely tied to the story of farming. Based on evidence so far, archaeologists think that stone age (Neolithic) people spread into southeast Europe from southwest Asia, bringing domesticated animals and crops with them. Before then, early Europeans were believed to have survived on wild animals and fish, with relatively few plants in their meagre diet. But these ancient teeth, which originally belonged to early settlers living in what’s now known as the Balkans between 6,6000 and 5,900 years BC, have revealed some surprises. By analysing the calculus [tartar] stuck on the not-so-pearly whites, researchers have found tiny grains of starch that must have come from farmed plants like wheat or barley, yet these crops were only thought to have been introduced hundreds of years later. The discovery changes our understanding of the stone age diet, shedding light on their culture and health too.