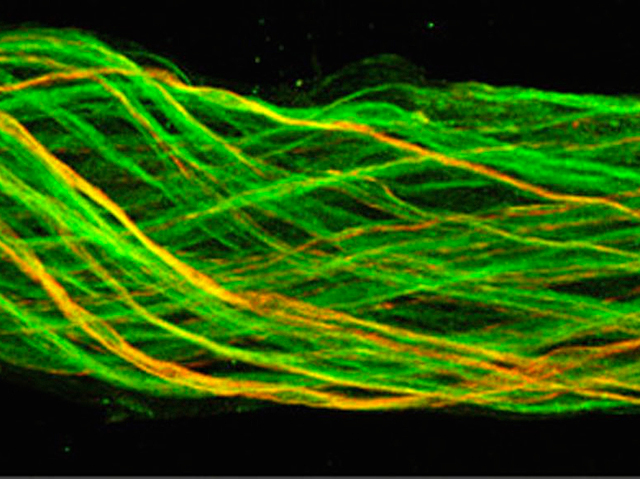 A classic approach to deducing what role an individual part plays in a biological system is to remove it and see what changes. For example, researchers interested in the peripheral nervous system tried to genetically modify certain nerves to ‘switch off’ when a toxin, diphtheria toxin (DT), was introduced. But they found a problem: DT is small and can pass into the brain, meaning it affected brain cells as well. So they tried enlarging DT, preventing it squeezing into the brain. To test its efficacy, they used it in mice to silence a group of neurons (orange) that lie within a neuron bundle (green) close to fat. With these silenced, mice rapidly put on weight, but crucially didn’t change their eating behaviour as their brain remained unaffected. Not only does this reveal information about the neurobiology of obesity, it also clears a path to study neuron function throughout the body.