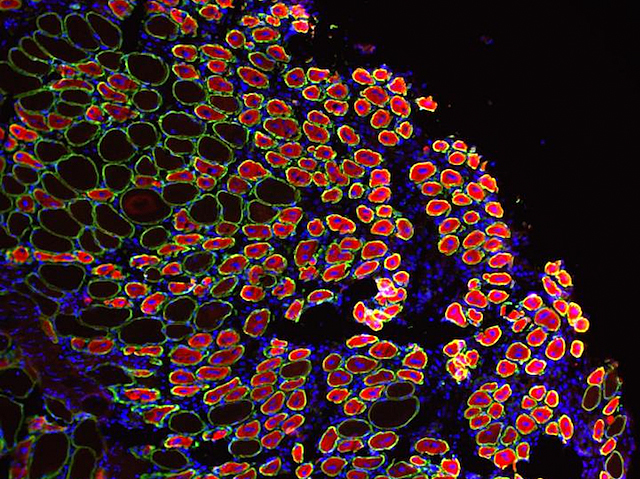 Tissue regeneration is a wondrous and, in the case of these pictured muscle cells, beautiful phenomenon. When an injury occurs, local stem cells leap into action to repair the damage, sometimes restoring the tissues to as good as new. Intriguingly, even stem cells at sites far away from the injury become activated (or primed). These primed cells, it’s been shown, are better and faster at healing than non-primed cells. Scientists hypothesised that to alert cells around the body some sort of system-wide signalling factor would be required. And now, by comparing blood from injured and uninjured mice, they’ve found it. Furthermore, by injecting mice with the factor before an injury, the researchers were able to increase the animals’ healing speed from a subsequently inflicted wound. If these findings hold true for humans, then in principle such a factor could be administered before scheduled surgeries to improve subsequent recovery times.