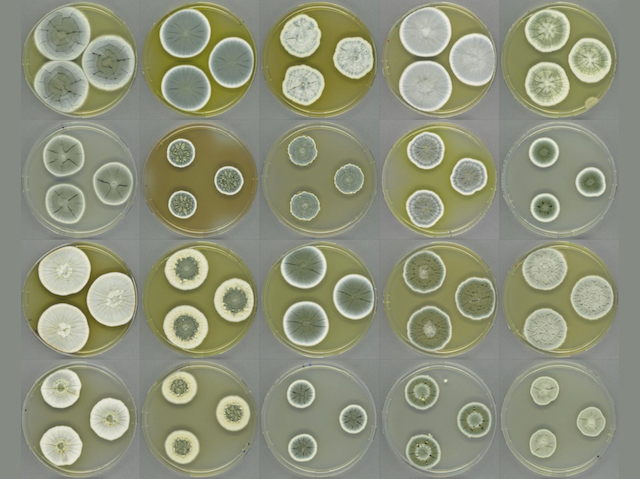 Antibiotics have cured countless infections and saved millions of lives since their first use seventy-odd years ago. But, inevitably – because evolution always finds a way – the tide is turning. The bacteria that antibiotics target are developing resistance and the number of deaths caused by infections that would once have been treatable is on the rise. Amidst the gloomy forecast, however, there is a small sunbeam of hope. Antibiotics are derived from organic compounds naturally created by microbes, such as the assorted penicillium fungi pictured. Recently, researchers analysing the genomes of penicillium species discovered thousands of genes with putative biosynthetic ability – meaning fungi have far greater potential for producing new antibiotics than was previously appreciated. By tapping into this potential, coercing the fungi to churn out new compounds, scientists may be able to restock the antibiotic armoury and continue the battle against deadly infections for at least a little longer.