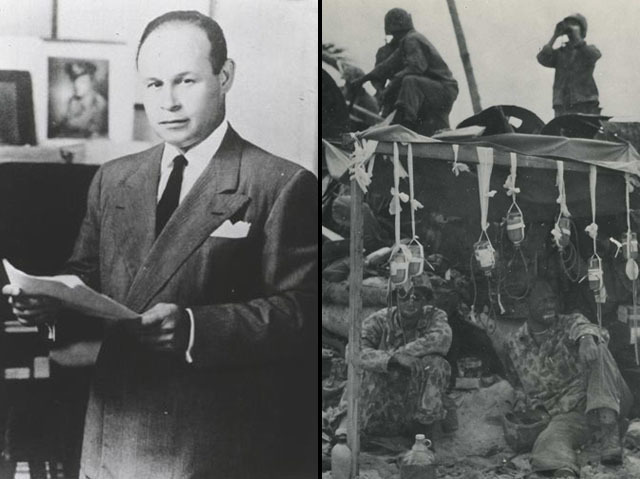 Doctor Charles Drew helped to save the lives of many soldiers and civilians during World War II by developing a technique to store and transport a key component of our blood. Drew showed that blood plasma, the straw coloured liquid which surrounds our blood cells, can be stored without refrigeration. This allowed it to be transported easily to battlefields and cities under attack. Pictured here are bottles of plasma hanging from an American first aid station at the Battle of Tarawa in 1943. Plasma was used to treat burns, dehydration and shock, and Drew showed that it can be given to people of all different blood types. He went on to develop the 'Blood for Britain' project, which collected plasma from Americans and sent it to help British casualties during the war. Drew also played a key role in setting up the American Red Cross blood bank.