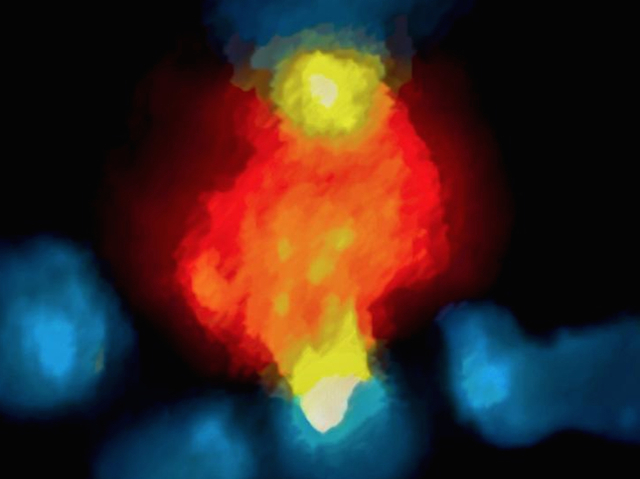 Tumours employ various tactics to avoid detection by the body’s immune system. In retaliation, scientists are busy developing drugs that prompt immune cells, such as T cells, to recognise and attack tumours. One such drug is anti-PD-1 – an antibody that inhibits the T-cell repressor PD-1 and thus boosts T-cell action. The drug has successfully treated many patients, but in some people it simply doesn’t work and it's not clear why. To investigate, scientists gave anti-PD-1 to mice with cancer, and used live molecular imaging – a still of which is shown – to track the drug’s action in the body. They discovered that within 20 minutes of injection, the drug (yellow) was removed from T cells (blue) and devoured by macrophages (red). Importantly, by identifying how the macrophages gobble up the drug, the researchers were able to put a stop to it and improve the drug’s tumour-destroying activity.