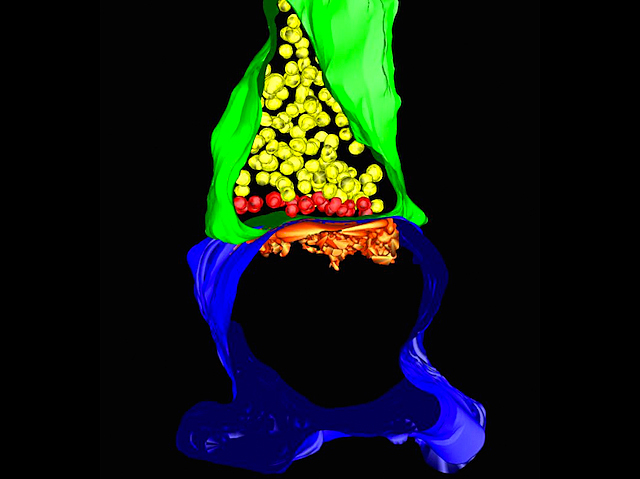 In animal brains, signals zap between neurons across junctions called synapses – one is reconstructed here from a mouse brain scanned using electron microscopy. Chemicals called neurotransmitters (shown as yellow and red balls at the end of the green neuron at the top) carry signals to a neighbouring cell (the blue neuron underneath). When we react to a new experience, signals flooding in through synapses can change how our neurons connect together – these changes guide how memories are stored in a brain region called the hippocampus. But researchers have discovered something surprising – similar connections can develop in the brains of mouse embryos deprived of signals from the outside world. The implications are huge for mice and humans alike. Rather than being shaped by our senses, environment or education, these early brain connections could be written in our genes, meaning we inherit certain memories.