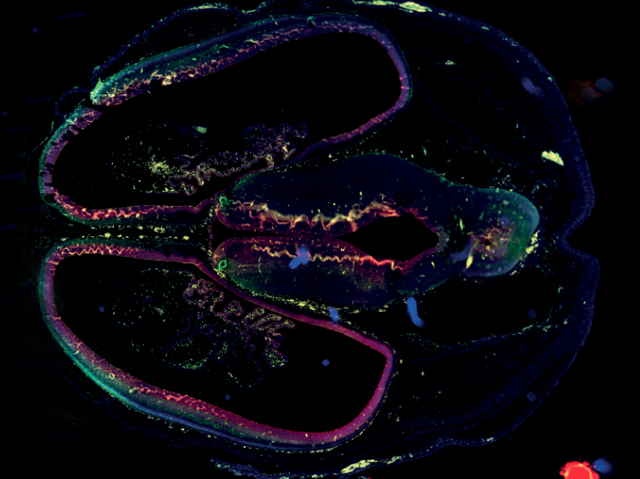 It’s relatively harmless to most of us, but can be devastating to pregnant women. Zika virus has sparked worldwide fear by causing birth defects in children. For example, the mosquito-borne menace can cause microcephaly: babies with abnormally small heads, usually housing incompletely-formed brains. Exactly why the virus takes hold in the brains of vulnerable children before they’ve even been born was something of a mystery, but new research is pointing towards an explanation: Zika binds to a particular protein in the developing brain called Musashi 1 (red in the human embryo brain pictured 10 weeks after conception). Musashi 1 is very common in the budding brain and is normally a starting point for new brain cells. When Zika hones in and latches on, it commandeers Musashi 1’s skills to help replicate itself, growing ever-stronger at the expense of its host, depriving the brain of a crucial construction tool.