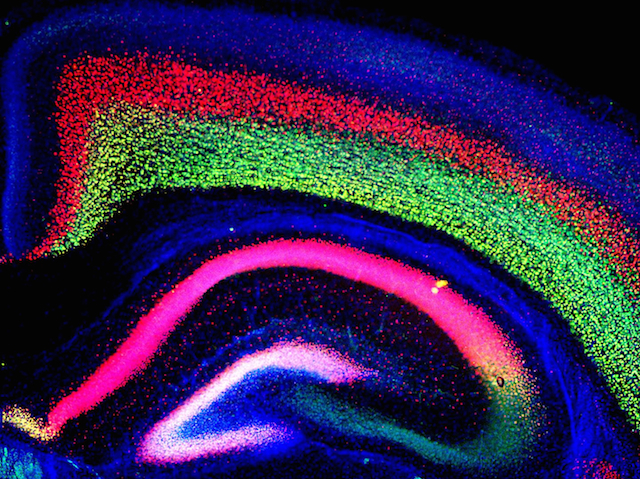 Autism is a complicated condition, with a range of symptoms and a spectrum of severity, linked to a number of genetic and environmental factors. In some specific cases, patients possess a mutation in a gene known as CHD8, which plays a role in packaging DNA. Mimicking the symptoms of autism in humans, mice with mutations in CHD8 demonstrate reduced cognitive ability and increased brain size, or megalencephaly. Shown is the developing cerebral cortex of a mouse, with different colours highlighting its multiple layers. CHD8 is especially highly-expressed early in development, and contributes to the correct development of this sophisticated structure. Later in life, mutations in CHD8 also impair other functions, such as the formation of synapses [connections between nerve cells]. While focusing only on rare and specific cases, research on CHD8 paves the way for other studies delving into the genetic mechanisms underlying autism.