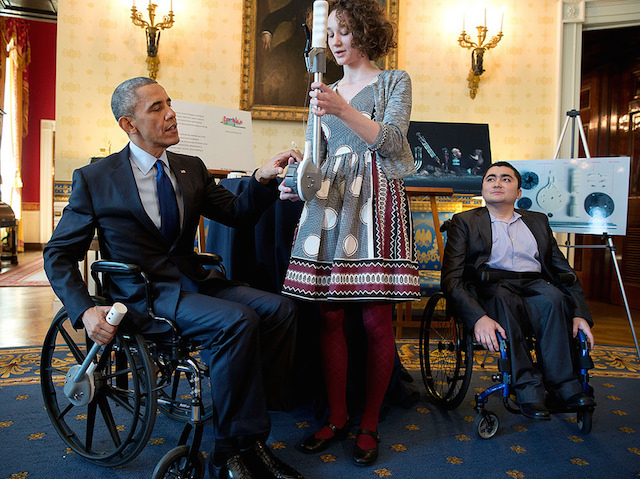 Whether you’re interested in politics or not, Barack Obama, the 44th President of the United States, will be a familiar name. During his eight-year presidency, Obama contributed to science in numerous ways. He established several research initiatives, such as the 'Cancer Moonshot' to progress cancer therapies and the 'BRAIN initiative' to improve our understanding of the brain and brain disorders. These schemes not only provided researchers with money, but encouraged scientists to work together to find answers. Aside from establishing research initiatives, Obama was the first president to hold White House Science Fairs, allowing children from across the US to showcase their passion for science, technology and engineering. Obama is pictured here at one such Science Fair in 2015, using a lever designed to help wheelchair users move around more easily. Obama was also the first, and so far only, president to publish in the prestigious journal, Science.