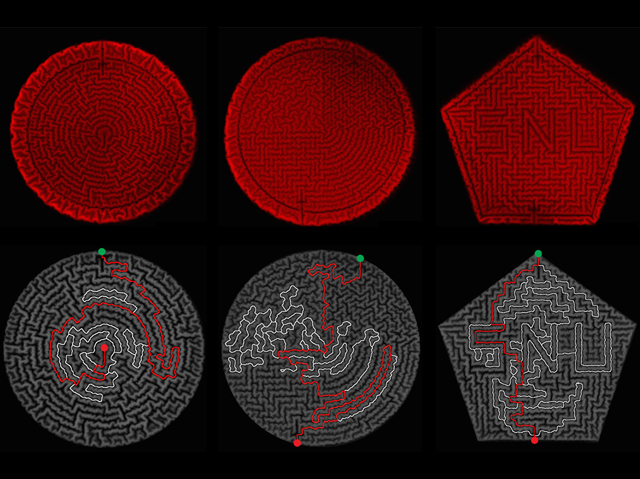 Nature’s patterns may look random, but there are usually some hidden rules. Our cells grow out in swirls to make fingerprints, trees branch occasionally when reaching towards the sky, fractals guide the shapes found in feathers to flowers. A similar combination of rules and randomness produced these artificial mazes, around one million times smaller than Hampton Court Maze. Tiny particles carved with shapes – like left turns, T-junctions and dead ends – are scattered randomly under a film of silica jelly. As the jelly dries it wrinkles over the design underneath, forming the unique patterns (top). A computer algorithm wanders through each maze’s paths (white lines, bottom) from start (green dot) to finish (red dot), finding the shortest path (red line). Although these techniques could be used to make customised structures for growing living cells, they might also test how microorganisms find their way around – skills which they employ when spreading disease.