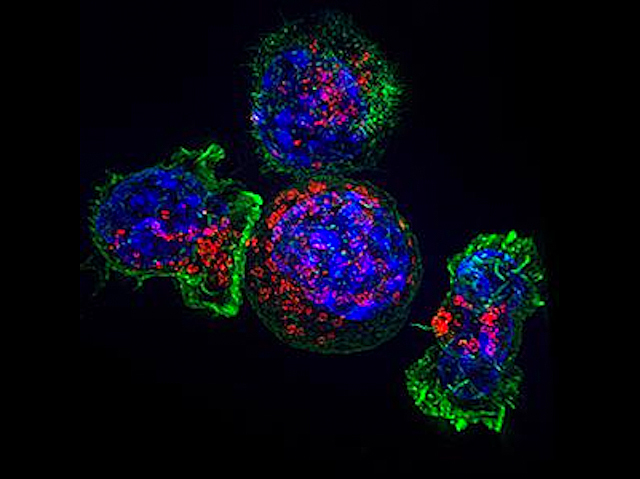 Inflammation is a normal physiological process; however, in some cancers such as liver cancer, it’s known that chronic inflammation can contribute to tumour growth. Researchers have now found that chronic inflammation in the liver can also override the body’s natural defence system and suppress immunosurveillance – a process where cancerous cells are identified and destroyed. In a mouse model, researchers saw that mutations associated with liver cancer (round cancer cell pictured in the centre) initiate an immune response, but on the other hand, chronic inflammation in the liver also led to a build-up of another type of immune cells called lymphocytes, which suppress the immune system using a molecule called PD-L1. PD-L1 obstructs cytotoxic T cells (pictured on the left-hand side), in turn allowing tumours to grow. When PD-L1 was hindered, cytotoxic T cells were able to attack tumours once again, providing a new therapeutic avenue.

January is Love Your Liver month