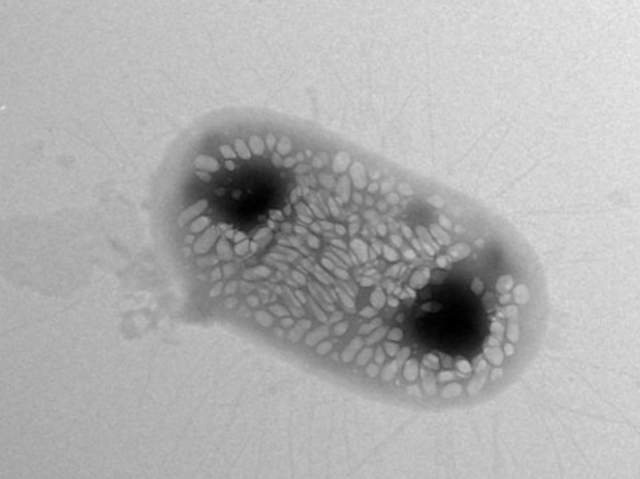 Whether as probiotics alleviating irritable bowel syndrome, or special agents targeting cancers, bacteria are increasingly being used in innovative therapies. To facilitate these applications, it would be useful to follow the movements of these 'good bacteria' around the body. One promising idea is to track them using ultrasound, a familiar technique for monitoring pregnancies. Researchers noticed that some bacteria possess gas-filled compartments, or vesicles, to help them float in aquatic environments. Because of the way these structures scatter sound waves, bacteria with gas-filled vesicles stand out against other tissues, making them visible with ultrasound imaging. By introducing genes from two other microbial species into E. coli bacteria, commonly-used in bacterial therapies, scientists manipulated them to produce gas-filled vesicles (pictured, the vesicles visible as pale oblongs), then successfully tracked them inside live mice. Developing this technique could unlock a host of new possibilities, harnessing bacteria to help diagnose or treat disease.