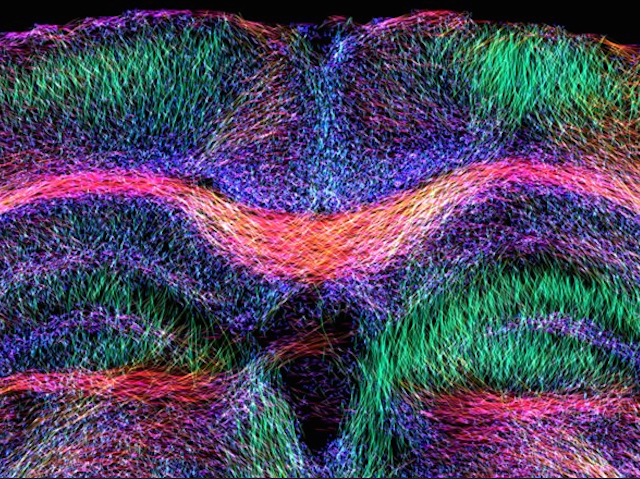 Epilepsy is a condition affecting the electrical activity in the brain, causing seizures. In adults, the most common form occurs in the brain’s temporal lobe – usually within the hippocampus. Some patients develop temporal lobe epilepsy after damaging their hippocampus, but not always. Using magnetic resonance imaging, researchers took an in-depth look into brain tissue of both mice (pictured, with neuronal cells and fibres fluorescently labelled) and humans, checking for the molecular signs of epilepsy. They identified specific biomarkers that could be used to pinpoint the severity of epilepsy, such as the movement of water molecules within the tissue, and restructuring of the brain’s glial cells within the hippocampus. This insight may help doctors to predict whether patients with damage to their hippocampus could develop epilepsy later on in life.