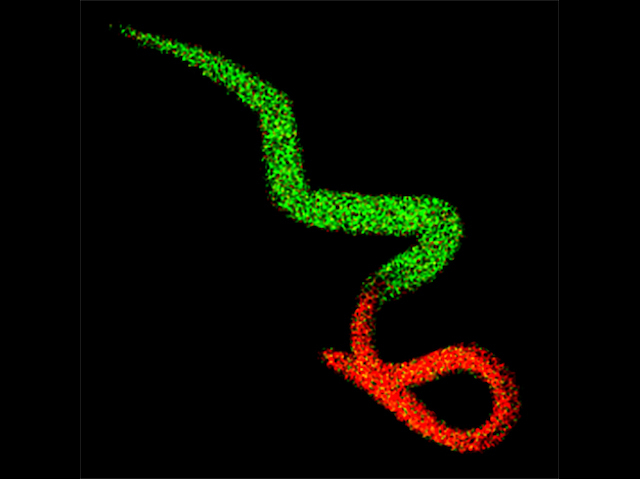 Infecting around 10% of the world’s population, Necator americanus is one of the principal hookworm parasites of humans. Hookworm larvae follow a complicated path: having penetrated the host’s skin, they enter the bloodstream, make their way into the lungs, then move up the trachea [windpipe] to be swallowed. Once in the gut, they mature and reproduce, and their eggs are excreted. As they start their journey and enter the skin, the larvae shed an outer layer, or sheath, to reveal a fresh cuticle (shown above, with the sheath in green and cuticle in red). Differences in the chemical composition of the sheath and cuticle suggest that this could be an important step towards infection. Properties of the cuticle may facilitate movement through the host, while the discarded sheath could act as a distraction for the immune system. Understanding this process should yield new insights into the success of this global parasite.