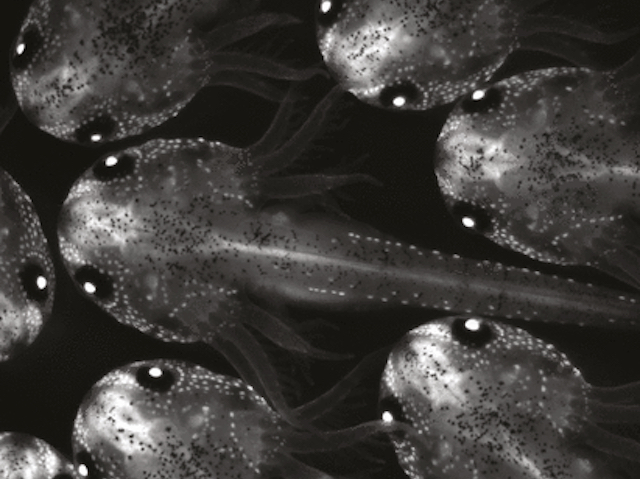 Replacing lost or severely damaged limbs may be the stuff of science fiction for humans, yet many animals, including fish, amphibians and reptiles, possess such abilities. Among these, axolotls (Ambystoma mexicanum, pictured) are the champions of regeneration. These salamanders’ extraordinary capacity to re-grow limbs and organs in adulthood have made them a model species for scientists exploring how the body can recover after injury. Recently, researchers have developed a genetic technique, known as a gene knock-in, to introduce genes into axolotls. This enables them to probe the behaviour of stem cells during limb regeneration: by introducing a gene for a fluorescent marker into specific sets of stem cells, they were able to identify cells contributing to the development of new muscles. This latest step in axolotl research should help further our understanding of the mechanisms of regeneration, in the hope of improving prospects for tissue repair in humans too.